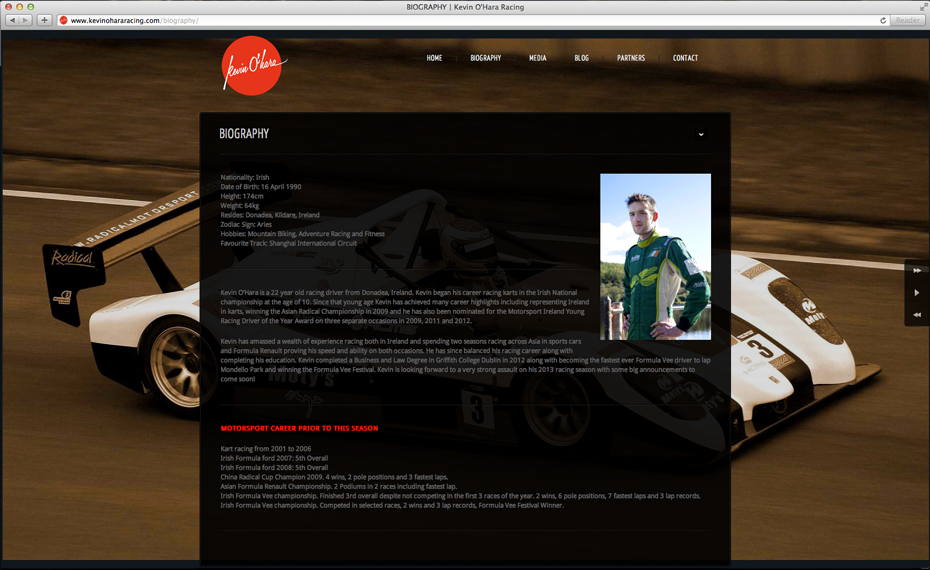 Kevin O’Hara is one of Ireland’s best racing drivers and in 2012 was awarded the 2012 Dunlop Motorsport Young Racing Driver of the Year award after a successful season in selected rounds of the Irish Formula Vee Championship before finishing his season at the Walter Hayes Trophy in Silverstone.

In 2013, Kevin will use his prize for winning the Young Racing Driver of the Year award of a fully supported season in Irish Formula Ford along with selected UK Formula Ford events.

Kevin’s website was designed by his sister Annette and built by ourselves to his very high standards. This modern looking site is certainly quite eye catching while easy to navigate and follow. 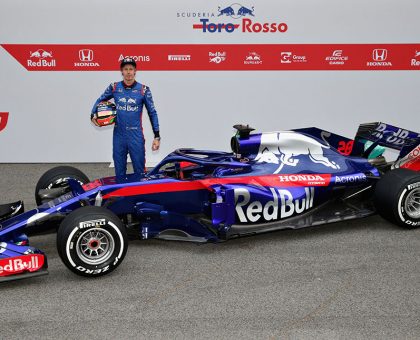 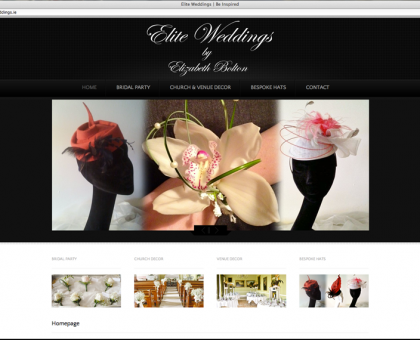